Designed for the singer/songwriter, the SA220 Solo Performance System provides exceptional sound quality and coverage in all kinds of venues. 220 Watts of clean, lightweight power drives a line array of six custom high-excursion speakers and a soft dome tweeter. This unique combination delivers incredibly full sound, ultra-wide dispersion, and deeper sonic penetration than the common speaker cabinet. Better yet, the enhanced bass response of the custom-designed speakers means theres no need for a subwoofer! 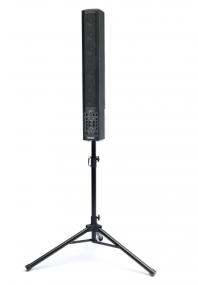 With the SA220, the performer and audience hear exactly the same sound, meaning theres no need for separate wedge monitors or a combo amp backline. And because the SA220 is voiced for the singer/songwriter, acoustic instruments and vocals are projected with superb depth and clarity.

The Ultimate in Portability

SA220 weighs only 25lbs*, ships complete with a padded bag equipped with wheels, and includes a rugged speaker stand. Set up takes less than a minute, with only one commute to the car! And full-digital universal power means the SA220 is able to trip anywhere on this planet.

Fishman didn’t make the SA220 this portable by scaling back on features or tone. Actually, theyve included the entire award-winning elements of the Loudbox family, and added a unique Monitor feature designed to revolutionize an acoustic duos ability to hear every other on stage. The SA220 could also be equipped with two mic/instrument channels featuring high-quality preamps, every with 3-band EQ, phantom power, built-in reverb, effects loop, and feedback-fighting notch filter and phase controls. 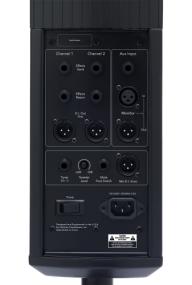